The Art Institute of Chicago..[Public Notice 3, By Jitish Kallat] 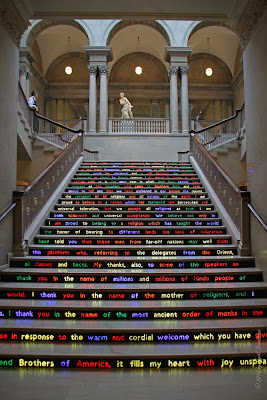 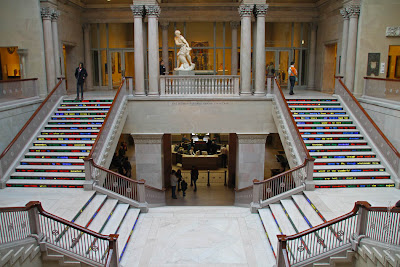 Public Notice 3..
By Jistish Kallat [Indian, born: 1974]
Rubber, Plastic, LED lamps and wire..
This site specific installation combines two historical events..
- A speech given by Indian monk and social reformer Swami Vivekanand at the Art Institute on Sep11, 1893 [in the "World's Parliment on Religions" in Chicago]..and..
- The terrorist attack on the World Trade Center and Pentagon..
on the same date, 108 years later..

The basis of the installation is the landmark speech delivered at the First World's Parliament of Religions, in what is now the Fullerton Hall, by Swami Vivekanand, who called for an end to all "bigotry and fanaticism". 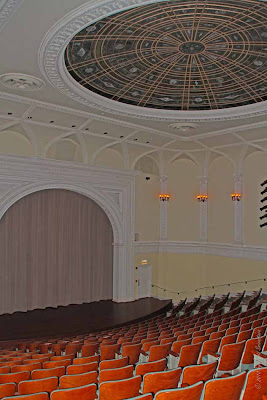 The Fullerton Hall, as it stands today [above image], was completed in 1901, and although this hall did not exist as such, the place was the same.. and a plaque marks the event..

The plaque reads..
On this site Between Sep 11 and 27, 1893, Swami Vivekanand [1863-1902], The first Hindu monk from India to teach Vedanta in America, addressed the World's Parliament of Religion, held in conjunction with the World's Columbian Exposition. His unprecedented success opened the way for the dialogue between eastern and western religions. 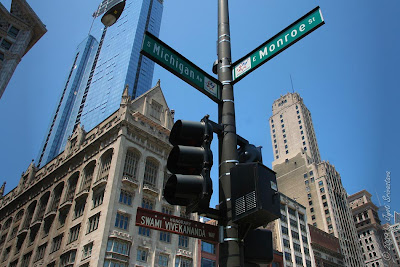 Honorary Swami Vivekanand Way..
On November 11, 1995, the stretch of Michigan Avenue that passes in front of the Art Institute was formally conferred the honorary name "Swami Vivekananda Way".. It was to honor of the speech by Swami Vivekananda at, The World Parliament of Religion on
September 11, 1893, Chicago..
Which began with the famous words..
Sisters and Brothers of America..
According to reports, about "7,000 people in the audience, “went into inexplicable rapture with standing ovation and clapping that lasted for more than three minutes.” 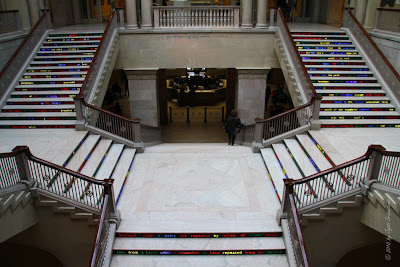 A Very Personal Connection..
Growing up in a small town in India, I had no idea that one day I would settle down in Chicago. I had very little knowledge of this place. However in school, in our history lessons, we had studied about one significant event in Chicago, "The World Parliament of Religions" and about the famous speech by Swami Vivekanand, which I saw today, on the Grand Stairways. in the form of a text-based light illumination. It looked wonderful.. and It made me very happy..

My thanks also to some of the speakers on this platform who, referring to the delegates from the Orient, have told you that these men from far-off nations may well claim the honor of bearing to different lands the idea of toleration..." 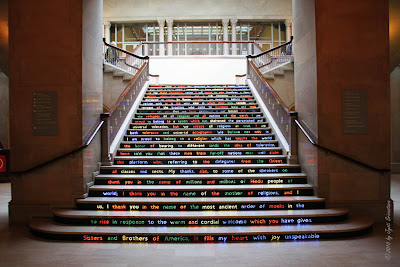 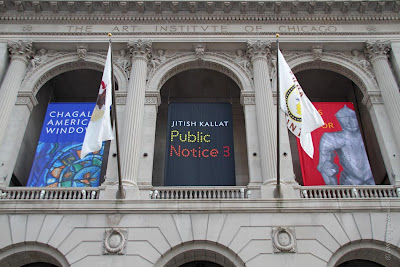