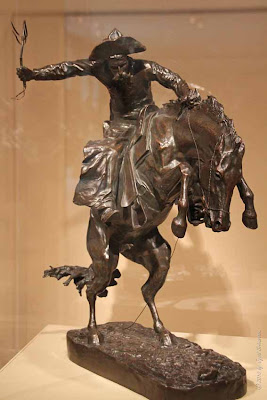 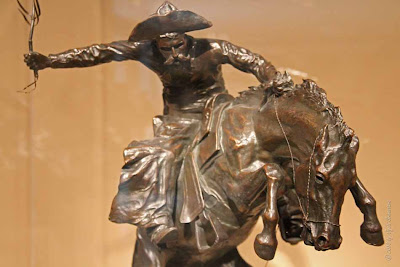 The marker reads..
Frederic Remington once said that he hoped his epitaph would read, "He knew the horse". The bond between the horse and the rider was, to Remington, both powerful and lifesaving, and he considered horses to be beautiful symbols of freedom on the frontier. The Bronco Buster, Remington's first foray into three-dimensional art, demonstrates his passion for horses. Breaking a wild horse require discipline and strength and this struggle between a man and beast exemplified the raw, untamed nature of the West...