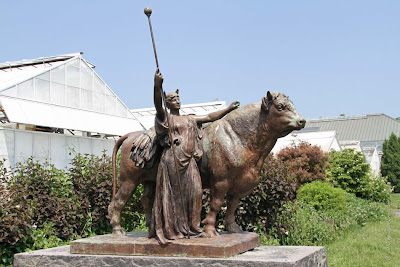 The female figure, represent Ceres, the Roman Goddess of grains.. 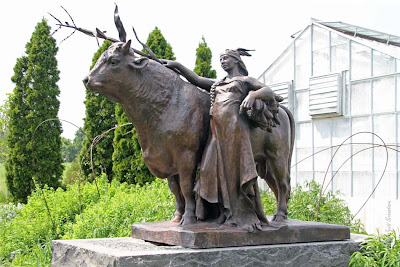 The female figure represents an American Indian maiden, holding stalks of corns.. The Indians' gift to the New World.

The Garfield Park website, does not have any information on these sculptures. A great resource is the book, "A Guide to Chicago's Public Sculptures", by Ira J.Bach and Mary Lackritz Gray..
It informs that these bronze sculptures were cast from salvaged working models of sculptures designed for the World's Columbian Exposition of 1893. These were placed in front of the Fair's Agriculture Building. Directly across was the Manufacturers Building, were companion groups of horses and male figures, a farmer and a teamster, representing labor, were installed. These were also by the same sculptures, French and Potter.. 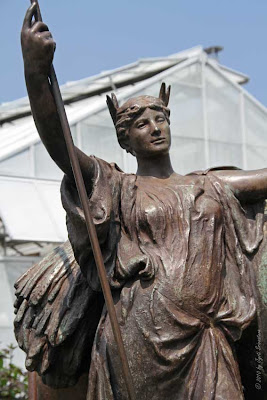 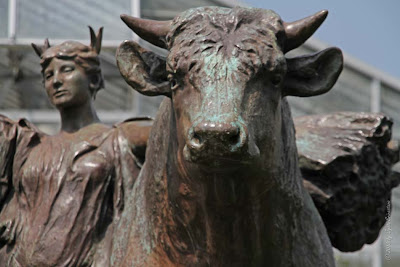 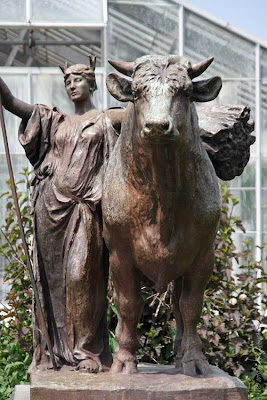 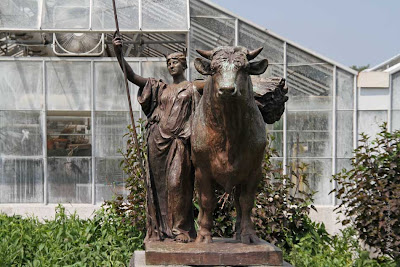 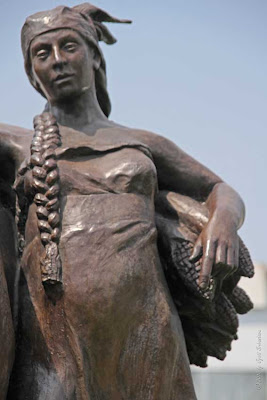 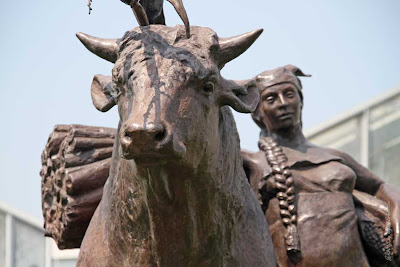 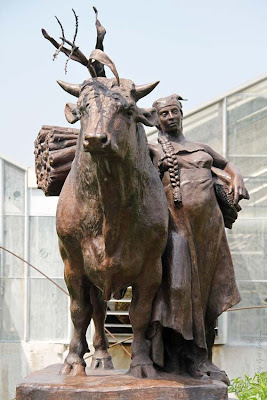 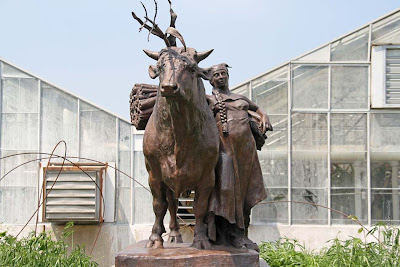