AIC: The Boxer [By Richmond Barthé] 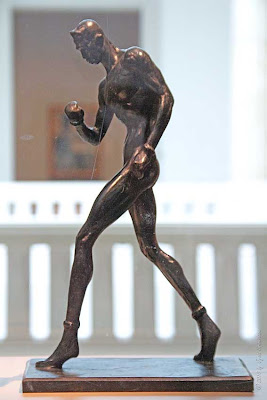 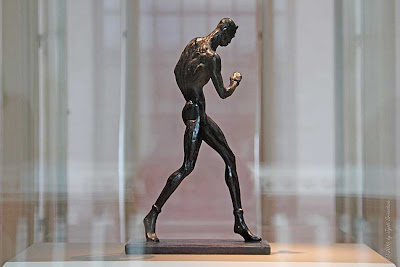 The marker reads..
An African American sculptor who studied at the Art Institute of Chicago, Richmond Barthe created compelling works that emphasize the excessive potential of the body's physiognomy, pose and movement.
Barthe modeled "The Boxer" from memory, inspired by the famed Cuban featherweight "Kid Chocolate" of the 1930's. The muscular, yet lean and attenuated figure rests lightly on the balls of his feet, with head tucked down and arm raised. The artists later recalled that the boxer "moved like a ballet dancer", and this sculpture conveys the immense strength and surprising delicacy of that movement with lyricism and grace.. 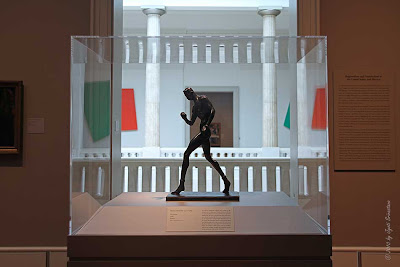 Beautiful pictures.
The second is the best.