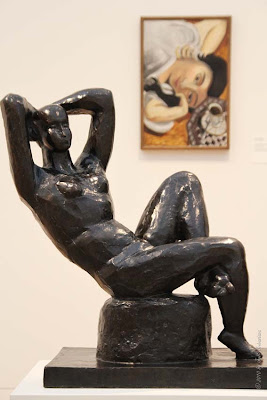 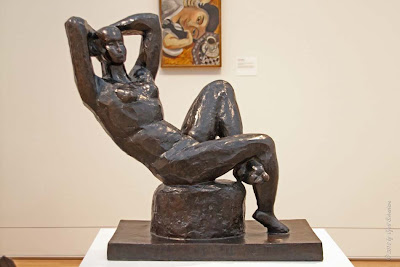 The marker reads..
Henri Matisse's Seated Nude was inspired by Michelangelo's Night, a copy of which the artist studied at the Ecole des Arts Decorafits in Nice. He worked on this sculpture for many years and extended his explorations of the figure's pose to numerous drawings and lithographs, at least three paintings and another sculpture. Overtime he slowly increased the size of the work and dramatically cantilevered figure;s pose, making it one of the largest free standing sculptures in his oeuvre..