Nudes in Arts [Edgar Degas: "Looking through a Keyhole"] 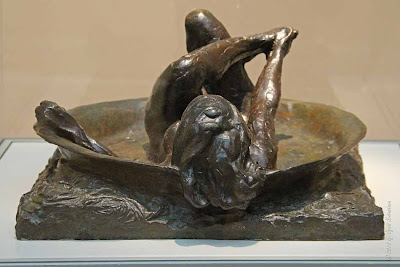 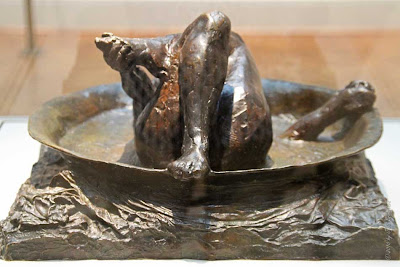 Degas is famous for portraying ballet dancers, horses and nudes [particularly bathing].. He created many images of ballet dancers, on stage, at rehearsal, in the dressing rooms, resting or at the bar. His nudes are bathing, drying themselves or combing their hair.

Nude figures have been prevalent throughout art history. However, before Impressionism took root, artists disguised their nudes in mythological, religious or allegorical contexts. Degas made nudes more natural. Earlier artists also provided a way to enter into a picture, like a gaze or a body gesture. Degas' women does nor even seem to be aware of the existence of a viewer. He often described his style as if "Looking through a Keyhole".

"Up until now, the portrayal of nudity has always presupposed exposure to the public eye. But the women in my paintings are simple good people, thinking of nothing and preoccupied with their own bodies", it was "like looking through a keyhole."
- Edgar Degas.

Unidealized Nudes..
Although Degas painted and sculpted many nudes, his subjects were real people in a natural setting instead of idealized nudes in an Arcadian/mythological setting. Degas was less interested in women as individual subjects, but in their movements and gestures..
Women can never forgive me; they hate me, they feel that I am disarming them. I show them without their coquetry.
- Edgar Degas 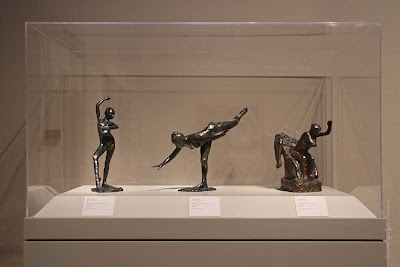 Edgar Degas said..
No art is less spontaneous than mine. What I do is the result of reflection and the study of the great masters.

Naked versus Nude..
Kenneth Clark opens his classic study, The Nude: A Study in Ideal Form, by pointing out that

The English language, with its elaborate generosity, distinguishes between the naked and the nude. To be naked is to be deprived of our clothes, and the word implies some of the embarrassment most of us feel in that condition. The word "nude," on the other hand, carries, in educated usage, no uncomfortable overtone. The vague image it projects into the mind is not of a huddled and defenseless body, but of a balanced, prosperous, and confident body: the body re-formed. In fact, the word was forced into our vocabulary by critics of the early eighteenth century to persuade the artless islanders [of the UK] that, in countries where painting and sculpture were practiced and valued as they should be, the naked human body was the central subject of art.