The making of "Bulldog and Hydrant", by Marshall Svendsen [Part - II].. 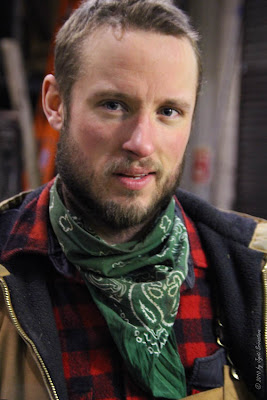 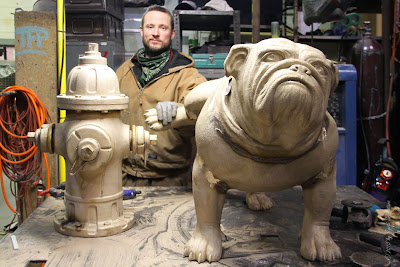 The making of "Bulldog and Hydrant" [Part-II]..
by Marshall Svendsen..
Last time I visited the Marshall Svendsen [Dec 30, 2010].. the sculpture was in the wax-stage, which I covered in Part-I of the series, click here...
Yesterday [Jan 16, 2011].. when I visited Marshall, the sculpture was already cast in bronze. After bronze casting, the remaining works include,
- putting the different pieces together - welding..
- making the traces of welding/ joined parts disappear..
- patina and texturing.. 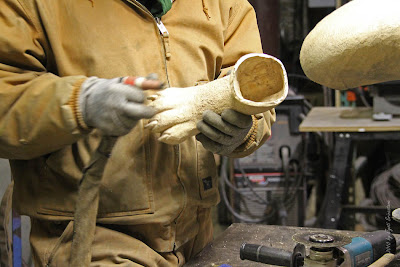 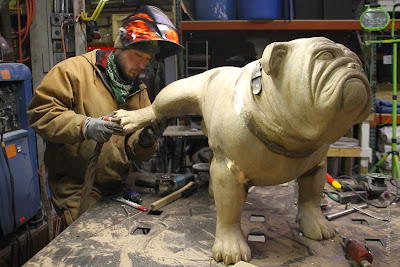 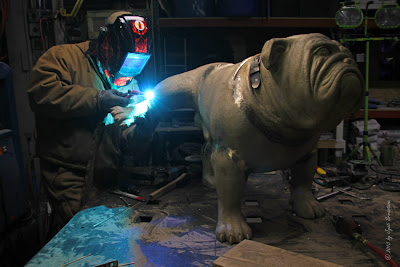 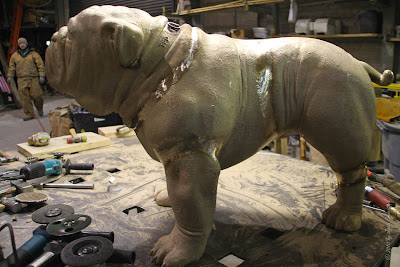 After the welding stage, the joints, marking the different attached parts are very obvious. Next stage, these marks have to be blended, and the sculpture needs to be patinaed and textured.. 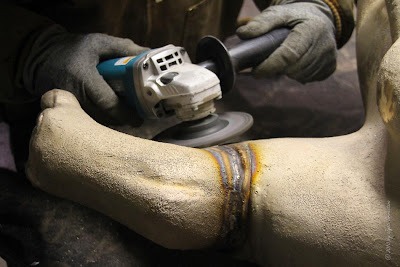 Blending.. [what is this tool called?] 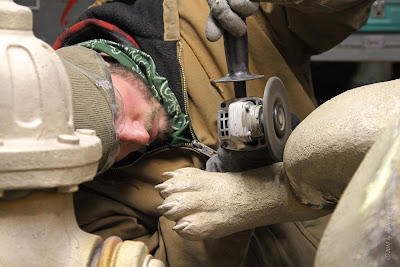 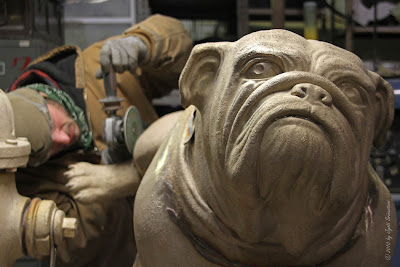 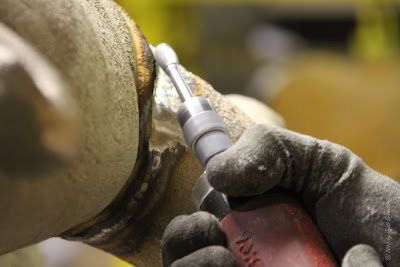 Texturing [what is this tool called?] 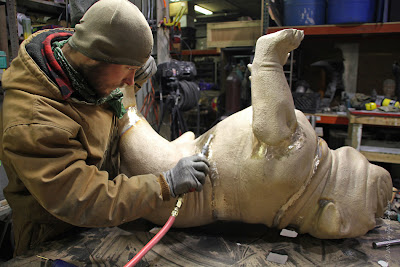 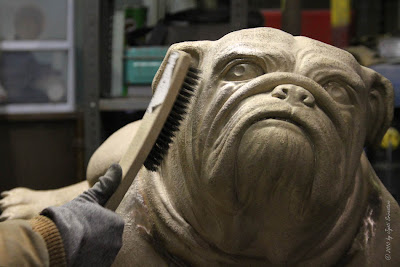 Brushing [??] part of blending and texturing.. 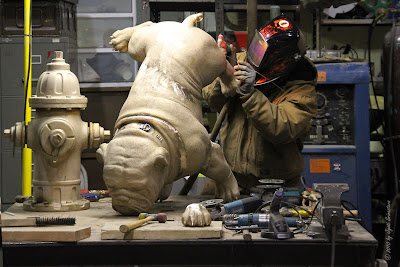 As Preston Jackson said.. Making Art can be a very lonely process..
And then you share it with the world.. 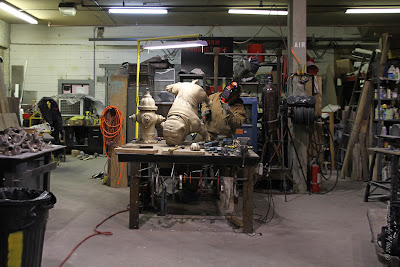 Had I not been there, Marshall Svendsen was working alone.. Indeed making art can be a very lonely process.. 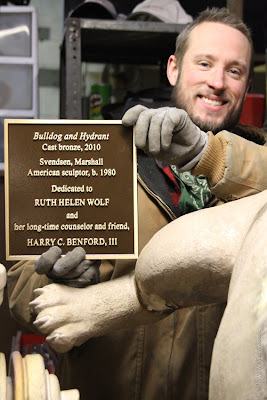 While I was there, the plaque arrived..
It reads..
Bulldog and Hydrant
Cast bronze, 2010
Svendsen, Marshall
American Sculptor, b 1980
Dedicated to
Ruth Helen Wolf
and
her long-time counselor and friend
Harry C. Benford, III.. 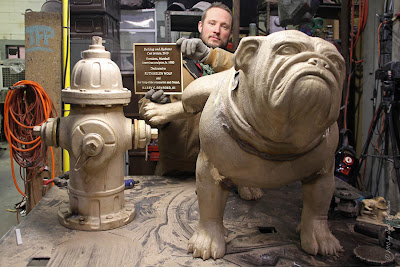 The making of "Bulldog and Hydrant" series will continue..

Impressive work, thanks for documenting the process.

The next time I am in Chicago we have to go and see this!!

If someone wanted a set for themselves, what would it cost? A pretty penny I am sure.