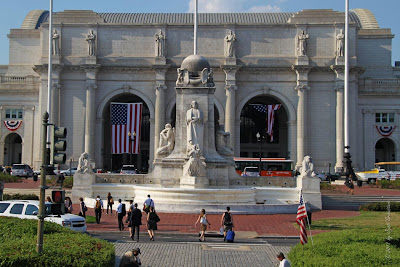 Just outside the Union Station, Washington DC is the
Christopher Columbus Memorial Fountain..
Completed: 1912
Sculptor: Lorado Taft
Architect: Daniel Burnham..
sculpture was surveyed in 1994 as part of the Smithsonian's "Save Outdoor Sculpture" program..

When I saw the fountain, I was immediately impressed by it's beauty and knew it must be by someone very significant. But at the moment was not aware that it's by none other than Lorado Taft, one of my fav. sculptors.. I took a few photos, but had I known it was by Lorado Taft, I would have paid much more attention. I'm not at all happy with the images, but here they are.. 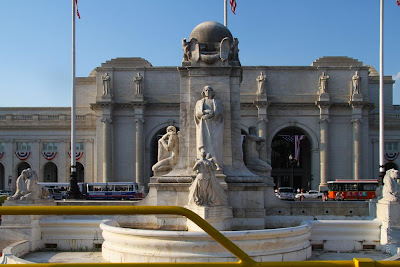 As seen from the image, it's a double basin founatin, with shaft in the center. Christopher Columbus, stands in the center wearing a mantel. The ship prow has a winged figurehead, representing the observation of discovery. On both the right and left sides, there is a male figures. The right side figure is an elderly man, representing the Old World, and on the let side is a figure of a Native American, representing the New World. Top of the shaft are four eagles on a sphere, bearing the outline of the western hemisphere. Two lions guard the fountain. The three flagpoles represent the ships that carried the Columbus discovery party to the New World. Atop each pole an eagle perches on a small sphere. 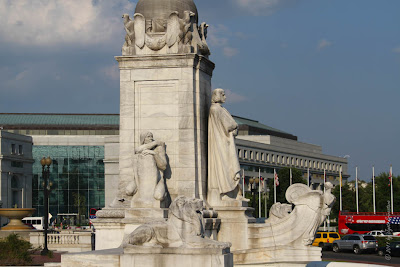 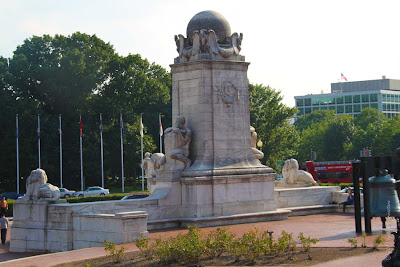 An elderly man, representing the Old World.. On the right side of the image, one can see the replica of the Liberty Bell. 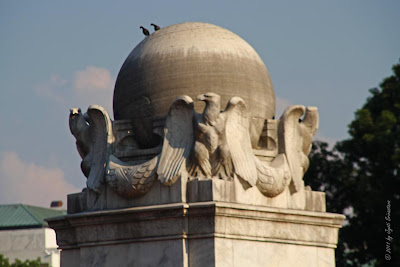 Four eagles on a sphere, bearing the outline of the western hemisphere. 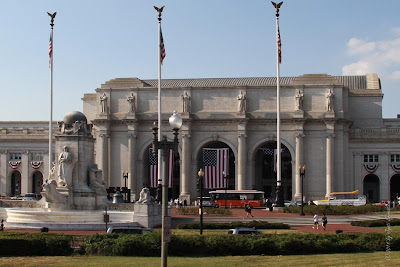 There are three flagpoles represent the ships that carried the Columbus discovery party to the New World. Atop each pole an eagle perches on a small sphere. 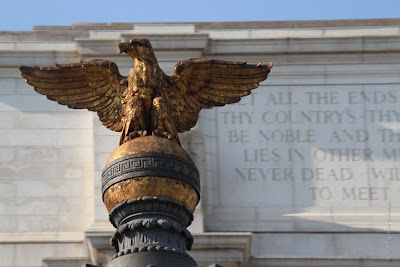 Syracuse to NYC and Philadelphia To DC you get cheap bus tickets and Lowest Price. No booking fees!