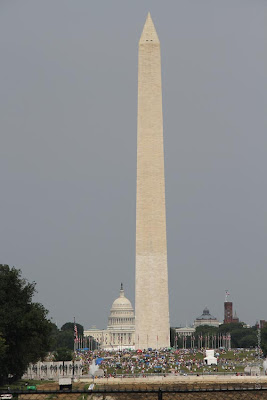 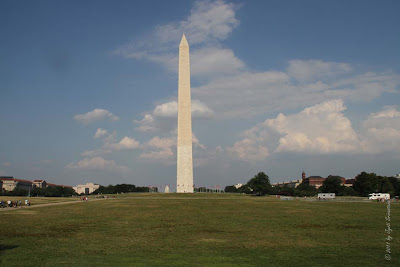 Washington Memorial..
The Monument is shaped like an Egyptian obelisk..
Height: 555’ 5 1/8” tall..
Weight: Estimated at more than 80,000 tons; more than 100,000 tons if one includes the foundation..
It was finished on December 6, 1884.
Architect: by Robert Mills
It was built in honor of George Washington, who led the country to independence and then became its first President.

From the official website..Washington Monument, click here..
Why does the color change on the outside of the monument?
When the monument was under construction in 1854, the Washington National Monument Society ran out of money and the project ground to a halt. Twenty-five years later, the U.S. Government took over and completed the upper two-thirds of the structure by 1884 using marble from a different quarry. The two sections closely resembled each other at first, but time, wind, rain, and erosion have caused the marble sections to weather differently, thereby producing the difference in color. 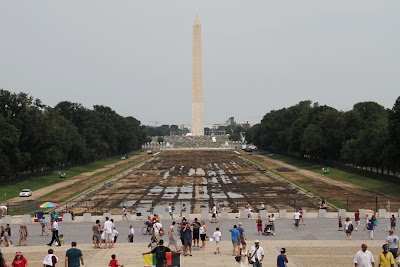