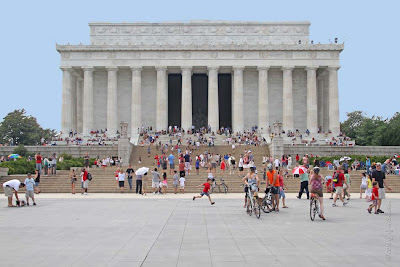 Lincoln Memorial..
Designed by Henry Bacon..
90 feet long, 119 feet wide, and almost 100 feet high.
It is surrounded by a peristyle of 38 fluted Doric columns, one for each of the thirty six states in the Union at the time of Lincoln's death, and two columns in-antis at the entrance behind the colonnade. 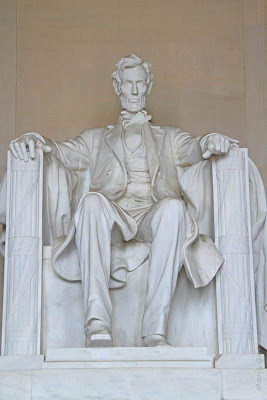 Seated Abraham Lincoln statue..
The Central Hall has statue of Lincoln by Daniel Chester French. The statue is 19 feet high and weighs 175 tons. The original plan was for the statue to be only ten feet high, but this was changed so that the figure of Lincoln would not be dwarfed by the size of the chamber. 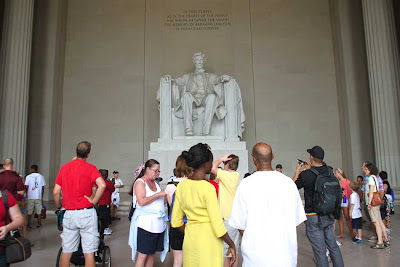 These words are inscribed above the Lincoln statue..
In this temple as in the hearts of the people for whom he saved the Union, the memory of Abraham Lincoln is enshrined forever.. 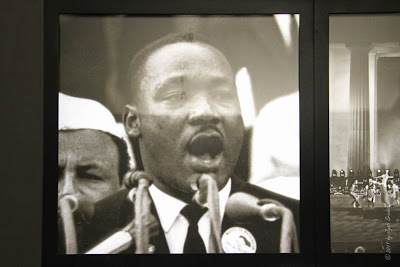 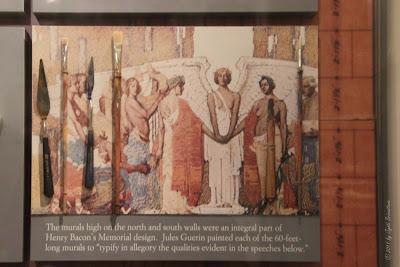 The murals high on the north and south walls were intergral part of Henry Bacon's memorial design. Pictured is a part of the mural of Unity, symbolizing the reunion of North and South. 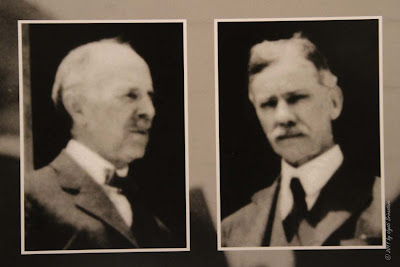 Daniel Chester French [left], sculptor of the seated Abraham Lincoln and Henry Bacon [right], architect of the Lincoln Memorial, at the dedication ceremonies... 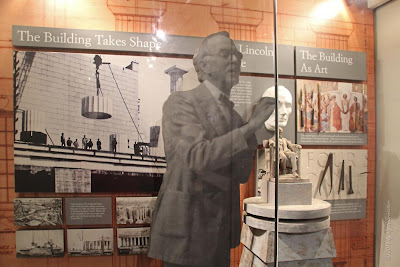 Daniel Chester French [above image] was 64 years old when he was selected to be the sculptor of the Lincoln statue on Dec 8, 1914. He began by studying everything available on Abraham Lincoln - books, photographs and the life-masks of Lincoln face. When French finally "got his fingers into the clay", he knew what the statue would represent. Lincoln the President, the humanitarian and the preserver of the Union, with the burden of the war reflected in the rugged features.

The statue was carved in four years by the Piccirilli brothers under the supervision of the sculptor Daniel Chester French. 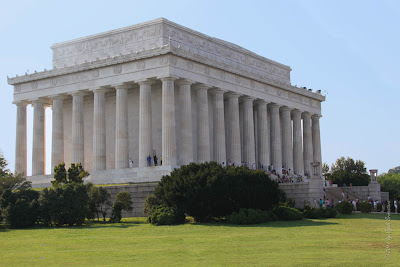 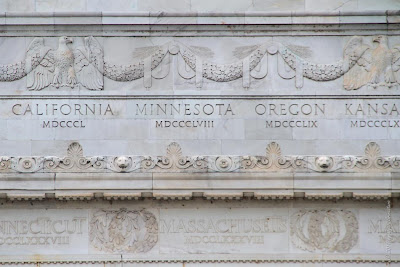 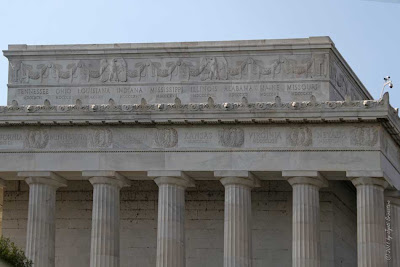 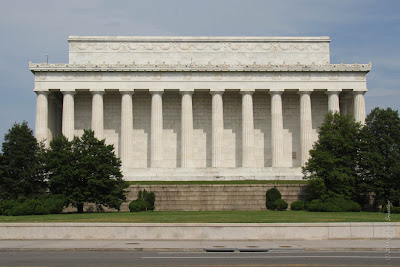 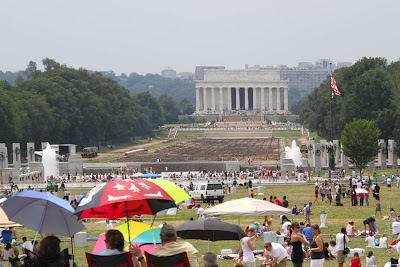 Article extraordinary interest, may be useful for many people