LSE: 2011 [Getting Older while Standing in Line - by Wilfredo Velez Jr.] 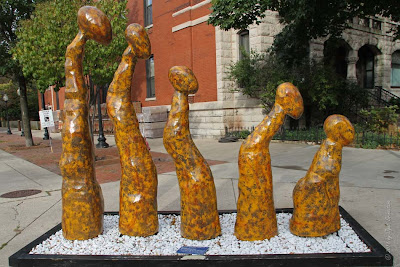 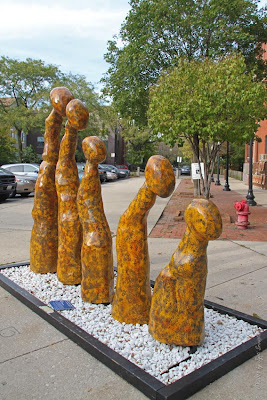 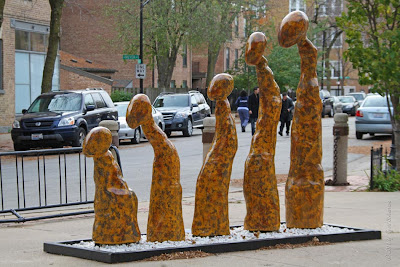 From the LSE website..
Wilfredo Velez received his Bachelor of Arts degree from Northeastern Illinois University. Velez is a young artist who is still developing his expressive voice. He knows himself, his origins, and influences well enough to know that his experiences as a Latino and a Chicagoan will be central to his art no matter what his final aesthetic looks like.

“Getting Older While Standing in Line” represents a scene Velez would have encountered numerous times growing up in Chicago. The five figures presented in diminishing, stooping stature are Velez’s representation of the interminable feeling experienced while losing time waiting in line at the post office, library, bank or grocery store. By tapering the scene with a clear border around its base we know that Velez envisions this as only a small snapshot of the line which, if we could expand the confines of the sculpture, would go on ceaselessly in both directions.