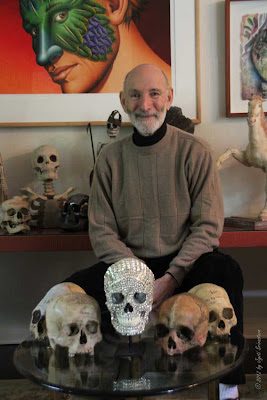 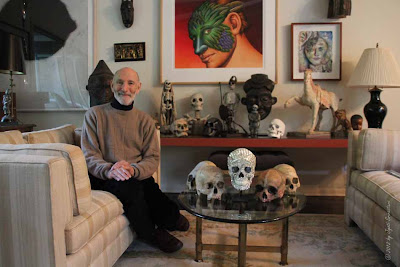 The City of Chicago official Tourism Site informs..
An excerpt..
Morbid Curiosity showcases collector Richard Harris’ nearly 1,000 works, including creations by many of the greatest artists of our time, which explore the iconography of death across a variety of artistic, cultural and spiritual practices from 2000 B.C.E. to the present day.

The two major components of this exhibition are
- The “War Room,” highlighting the atrocities of war in notable works from the 17th century to present day, in the 4th floor Exhibit Hall; and
- The “Kunstkammer of Death,” a modern-day “cabinet of curiosities” housed in the Sidney R. Yates Gallery, featuring a wide-ranging survey of mortality across cultures and spiritual traditions. 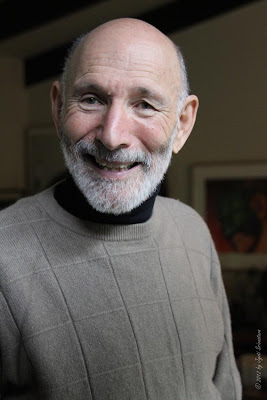 I had the previlege of meeting Mr. Richard Harris at his home. He is an absolutely fascinating person, very well-travelled around the globe, and very well-informed about the history and culture of people in different areas of the world, and their views on death.

Here are some of the images from the day. 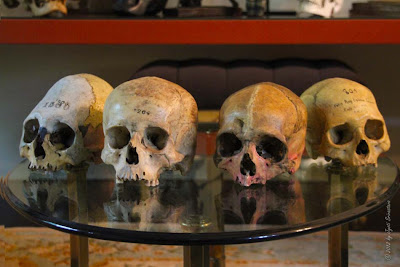 Above Image: These are real human skulls.. 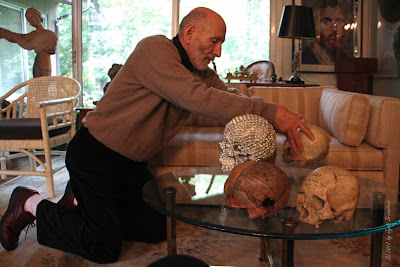 And then I saw some art pieces, including bronze skull sculptures, bejeweled skull and paintings related to death. 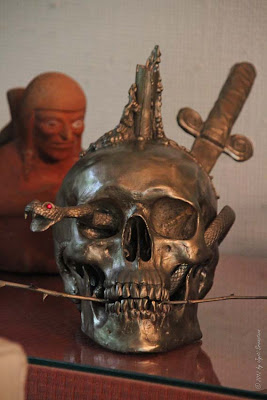 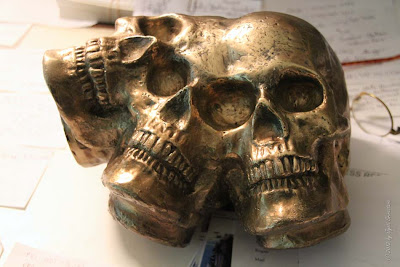 The above bronze skull sculpture was very very heavy!!! 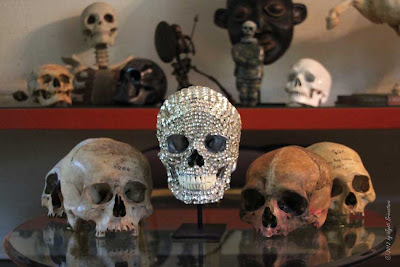 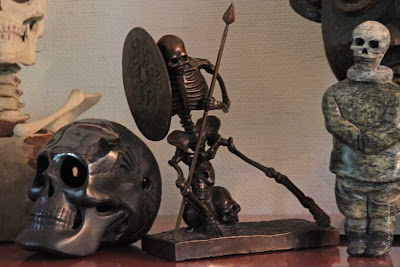 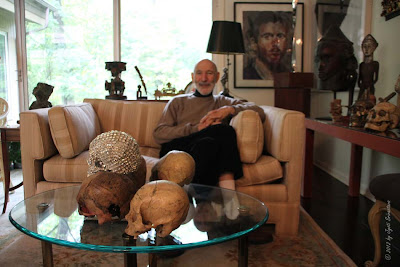 It's not that very often that we brood on the topic of life and death, but this exhibition will compell one to do just that! And also, make us see how death has been viewed through human civilization, in different parts of the world.

I will present a series of posts, as I get more information on the exhibit and as I dig more on this very offbeat topic!