Meet Nathan Mason - A giant name in the Public Art scene of Chicago.. 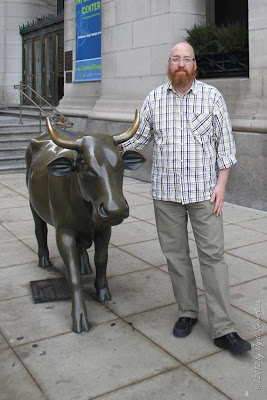 Even when I was not much interested in the Public Art scene of Chicago, I was aware of the name, Nathan Mason, especially in association with the most whimsical and trend-setting exhibition I know, "Cows on Parade". It took place in 1999, when had never even set my foot in the US, very much living in Mumbai, India. But when I came to Chicago, in 2001, I would very often read his name in association with various Special Exhibits in the city. And as I got more and more involved in Public Art of Chicago, the name became more and more prominent to me, as he has curated so many Special Exhibits in the city. Then, one fine day, last year, I met him, at the Chicago Cultural Center. And yesterday requested him to allow me to photograph him. So here are some photographs of Nathan Mason, taken yesterday, Jan 31, 2012..

Nathan Mason is the Curator of Special Projects at Chicago Office of Tourism and Culture. Below are some images taken at the exhibit: "Morbid Curiosity: Richard Harris Collection", which is curated by Lucas Cowan and co-curated by Debra Purden. Hopefully, very soon, I will get the opportunity to take Nathan's photographs with an exhibit curated by him. Meanwhile, these are good.. 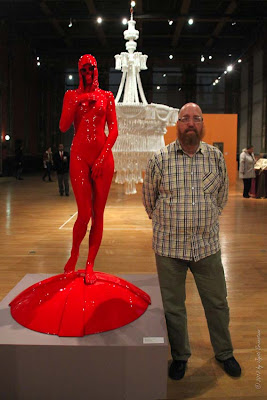 Nathan Mason, with the sculpture "Death of Venus", by Roger Reutimann.. 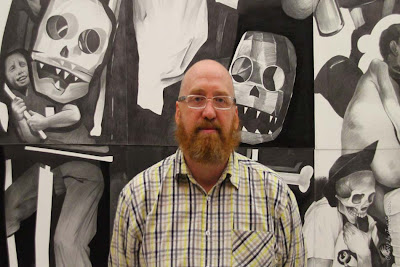 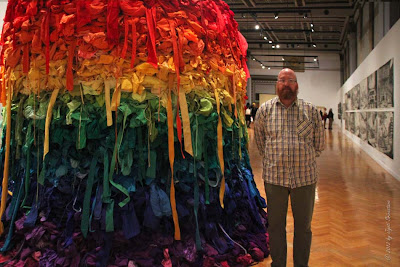 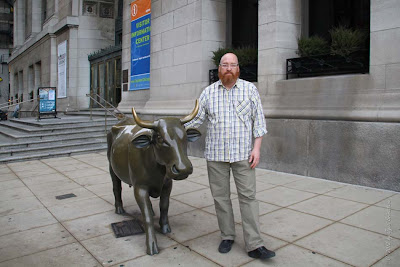 Nathan Mason was the chief coordinator of the Exhibit, "Cows on Parade" in Chicago, in 1999. It was truly trend setting as after it..
there were Pigs in Cincinnati, Guitars in Cleveland and Nashville, Fish in Baltimore, Mermaids in Norfolk, Donkeys and Elephants in Washington, DC., Hearts in San Francisco, Buffalo in Buffalo, New York and Oklahoma City, Snoopys in St. Paul, Seagulls in Salt Lake City, Rescue Dogs in New York City, Lions in Sacramento, Painted Ponies in Santa Fe... and the parades continued..
Ref: American Art parades, click here..
Posted by Jyoti at Wednesday, February 01, 2012

Thanks for sharing this.
Thanks for all you do. Your blog is a public service.