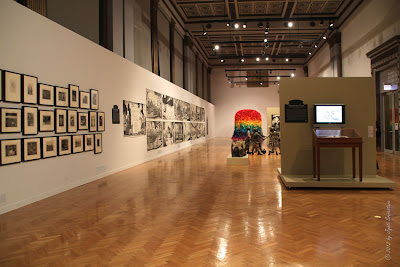 The most significant achievement of the Richard Harris Collection is that it brings together, for the first time, in one collection, five great series of prints representing the horrors of war. Created between 1633 and 2007, these works of art provide an unprecedented opportunity to see and explore the relationship between the visions of the artists. The nuanced views of war before you, were created by men on the losing side of many of the battles depicted. Jacques Callot witnessed the Thirty Years War between Catholics and Protestants in his "Miseries and Misfortunes of War" [1633]. Franciso Goya created "Disasters of War" [1810-20] after the French took over the Spanish government, struggled to control the Spanish people, and fought the British and their allies - Spain and Portugal - during the Peninsula War. German artist Otto Dix found in World War I against the British, French and American, and recorded his experiences six years later in "The War" [1924]. At the end of 1990s, British brothers Jake and Dinos Chapman worked on their "Disasters of War" series [1999]. By the end of the 20th century, the horrors of war were immediately visible via television, online and print media, and many artists like Chapman Brothers exhibited works of art in protest. Sandow Birk finished "The Depravisties of War" in 2007, detailing the struggles of the American and allied armies following the 2003 invasion of Iraq. 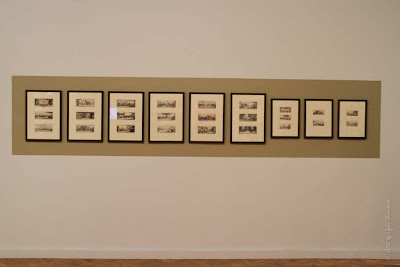 Jacques Callot's prints from "Miseries and Misfortunes of War" are small in scale, but their influence on later artists has been profound. The print installation comprises two groups: Le Petite a set of seven smaller prints and Les Grandes, 17 etching plus one frontis piece. These etchings are, in many ways, the centerpiece of Harris Collection. These prints brought real events into the artists representation of war. Callot's record of the crimes soldiers committed against the civilian population is horrifying, but the fate of soldiers caught and punished - either by the authorities or by local population they had victimized - was equally terrible. Goya was influenced by Callot's series and few European or American artists explore the subject of war without taking Miseries and Misfortunes of War into account. 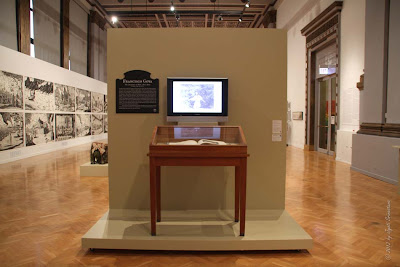 Series Two..
Francisco Goya, "The Disasters of War" [1810-1820]..
Spanish struggle against the French army under Napolean Bonaparte, who invaded Spain in 1808..
80 etchings and aquatints..
They were not published until 1863, 35 years after Goya's death.
For more, click here.. 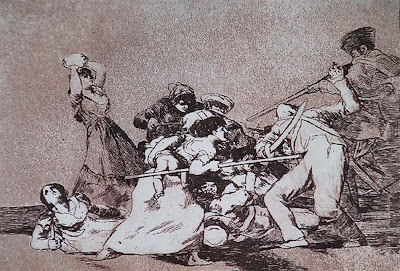 Francisco Goya's 80 etchings and aquatints, "the Disasters of War" [1810-20] were made in the aftermath of the French invasion of Spain during the Napoleonic Wars, but were not published in Goya's lifetime. They are powerful expressions of what war looked like in the city streets and countryside of Spain. For Goya, the disasters wrought by war were not the battles fought between soldiers and led by generals. Instead, disaster issues from war's ability to dehumanize everyone involved in the struggle: soldiers from both sides and the civilian population. The horror of Goya's experiences of war lies in the way in which it transformed people.. 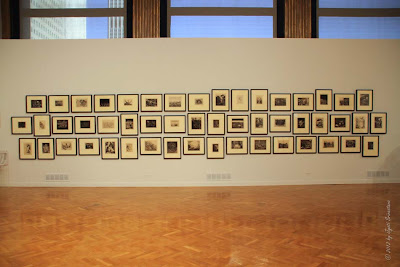 Series Three..
Otto Dix, "The War" [1924]..
51 etchings..
Otto Dix created this series of etching "The War", six years after the end of World War I. Unlike Jacques Callot and Francisco Goya, Dix had experienced war as a soldier, fighting for the Germans against French, British and American forces. He had volunteered and served as a machine gunnen in the trenches..
For more, click here.. 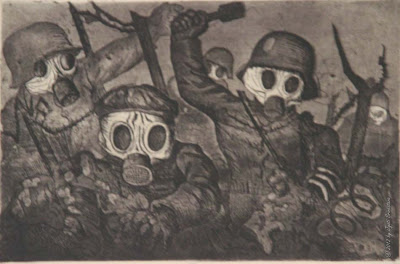 Otto Dix's experience were unlike those of Goya or Callot because he was a combatant in World War I. His 51 prints, "the War" [1924], were made six years after the end of battle, but the ability of these prints to convey the horrors of the "Great War" is undiminished. New methods of fighting, such as trench warfare, along with new technology and weapons, gave rise to new horrors in modern combat. Unlike Callot and Goya, who represented war from distance, the figures and events in Dix's prints are depicted at close range.. 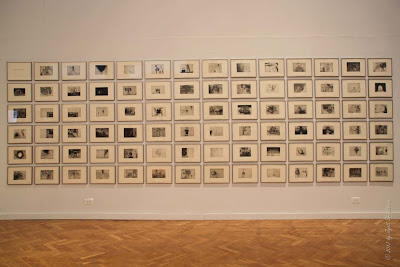 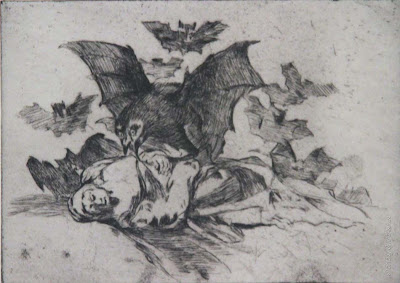 In their 83 etchings, titled "Disasters of War" [1999] Jake and Dinos Chapman reveal their longstanding fascination with Goya's "Disasters of War". As artists the brothers often employ shocking imagery to challenge their viewres to think about familiar things in new ways. In this sense, war introduces a profound challenge because it is horrifying and ugly already. In addition, their audience has largely been desensitized to violence by exposure to real and imagined images of war through the media. The Chapman Brothers' reinterpretation of Goya employs absurd, funny, sexual, frightening images that are true to the spirit of Goya, without needing to copy them. Influenced by Goya, they explore the ugly, base human urges that lead men into wars, yet they add a psychological speculation to the topic, contemplating how sexual urges feed the horrors of war.. 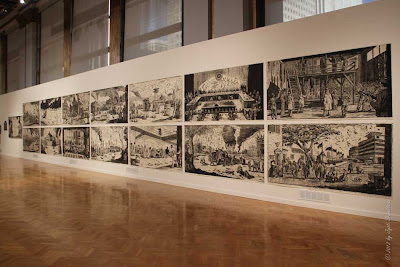 Series Five..
Sandow Birk, "The Depravities of War" [2006-07]..
A series of 15 large scale woodblock prints inspired by the series of etchings by Jacques Callot's "The Miseries of War" in the 17th century, which in turn were the inspiration for Goya's "The Disasters of War" in the 19th century.
For more, click here.. 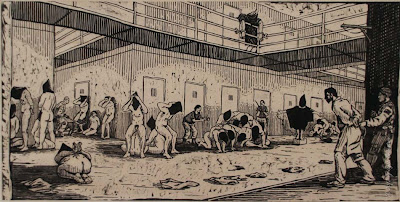 "The Depravities of War" series by Sandow Birk continues the tradition of artistic critique of was by examining the US-led Iraq War. Finished in 2007, the surprizing scale of these prints gives tham power and significance not usually found in images of this war, especially when experienced through the lens of the media. Birk recreates compositions from the Callot's series, presente parallel events from the Thirty Yaers War and the Iraq War, and discovers new horrors of battle, always stressing the fundamentally unchanged nature of war, 375 years after Callot..