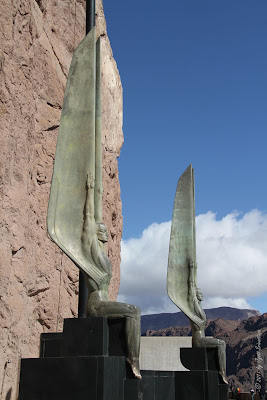 Winged Figures of the Republic.. 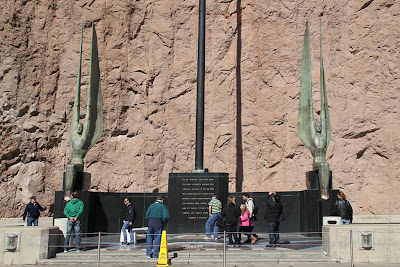 Winged Figures of the Republic..
By Oskar Hansen

In fact there are three sculptures by Oskar Hansen at the Hoover Dam..
- Winged Figures of the Republic
- Memorial Plaque
- Celestial Star Map

From the website click here..
"The building of Hoover Dam belongs to the sagas of the daring. The winged bronzes which guard the flag, therefore, wear the look of eagles. To them also was given the vital upward thrust of an aspirational gesture; to symbolize the readiness for defense of our institutions and keeping of our spiritual eagles ever ready to be on the wing."
- Oskar Hansen.

The winged figures are 30 feet high. Their shells are 5/8-inch thick, and contain more than 4 tons of statuary bronze. The figures were formed from sand molds weighing 492 tons. The bronze that forms the shells was heated to 2,500 degrees Fahrenheit, and poured into the molds in one continuous, molten stream. 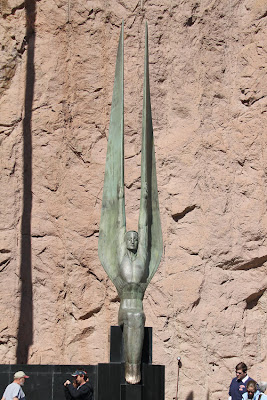 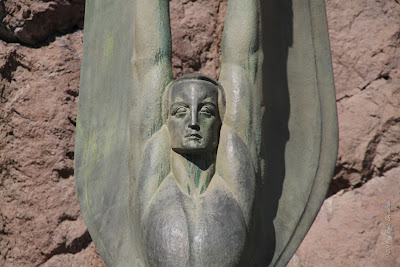 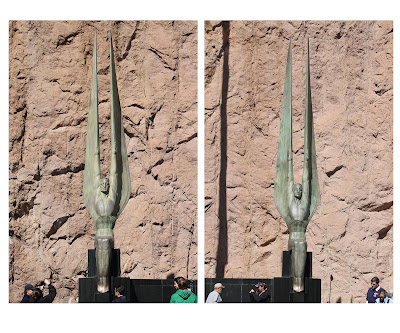 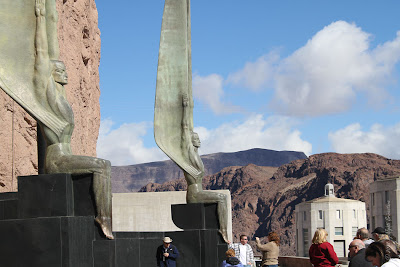 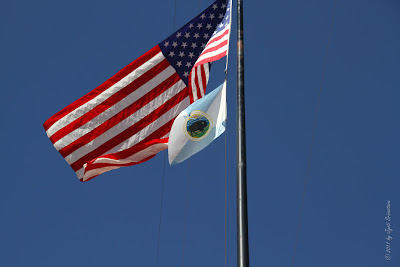 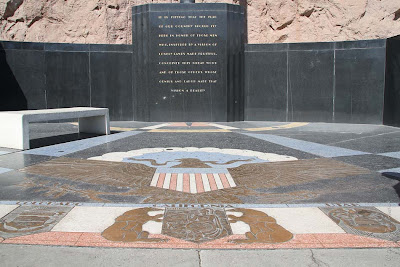 It is fitting that the flag of our country should fly here in honor of those men who inspired by a vision of lonely lands made fruitful, conceived this great work and of those others whose genius and labor made that genius a reality. 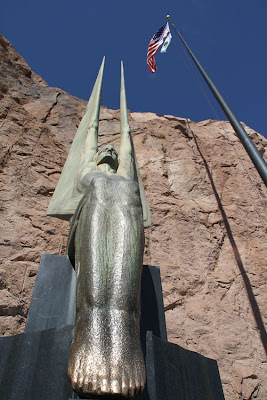 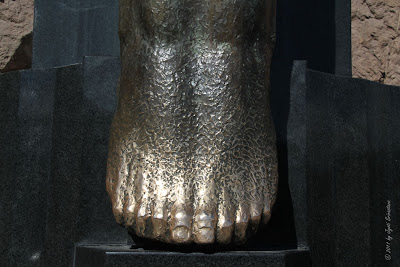 Folklore has it, that touching the foot of the sculpture brings fortune! 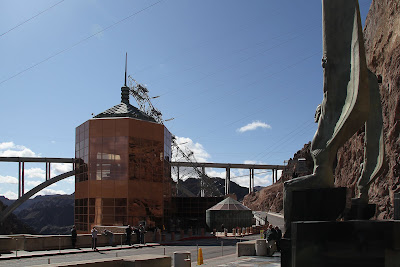 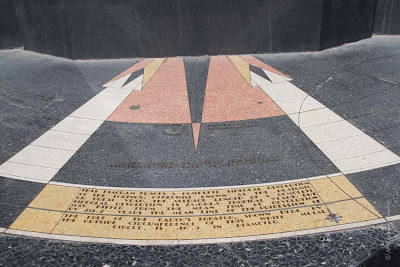 Celestial Map at the base of the sculpture..
From the website click here..
Surrounding the base is a terrazzo floor, inlaid with a star chart, or celestial map. The chart preserves for future generations the date on which President Franklin D. Roosevelt dedicated Hoover Dam, September 30, 1935.

The apparent magnitudes of stars on the chart are shown as they would appear to the naked eye at a distance of about 190 trillion miles from earth. In reality, the distance to most of the stars is more than 950 trillion miles.

In this celestial map, the bodies of the solar system are placed so exactly that those versed in astronomy could calculate the precession (progressively earlier occurrence) of the Pole Star for approximately the next 14,000 years. Conversely, future generations could look upon this monument and determine, if no other means were available, the exact date on which Hoover Dam was dedicated. 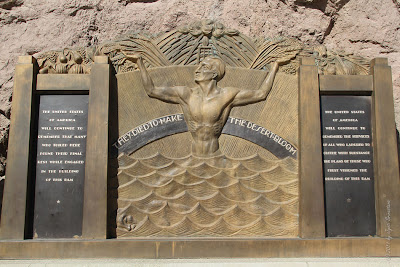