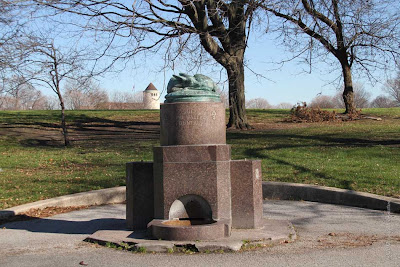 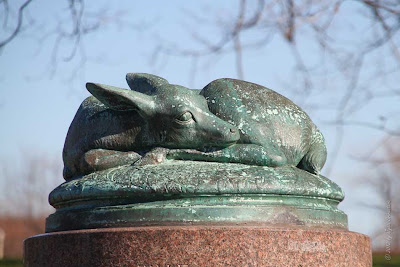 I had long wanted to meet this adorable fawn and see this fountain, which is actually a fountain for both "man and the beast" and finally I saw this on Nov 13, 2012;  when I was at Promontory Point to take photos of Temporary Outdoor Scuptures installed there by Chicago Sculpture International [CSI].  Loved the fawn!!!  Took a lot of photos of this beautiful fawn.. 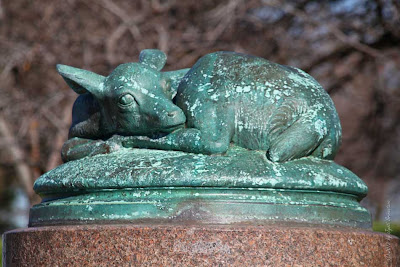 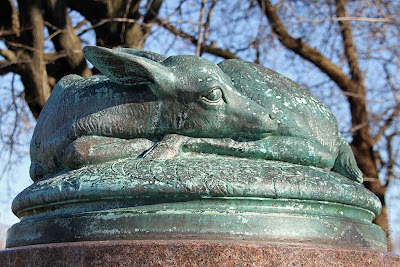 More information on  this fountain is found on the Chicago Park District website.. click here..
When David Wallach—a south side resident who owned a successful photographic supply business—died in 1894, he left money in his will for several Chicago charities. As a horse-lover, Wallach had provided $5,000 to commission a fountain in Burnham Park for "man and beast." After a long delay, sculptors Elisabeth Haseltine Hibbard (c. 1894-1950) and Frederick C. Hibbard (1881-1950) were commissioned in the 1930s to create the fountain. Although the monument did not include a horse trough, it has a pool for birds and dogs and drinking fountains for children and adults.

Frederick and Elisabeth Hibbard had both studied art at the School of the Art Institute of Chicago with the renowned sculptor Lorado Taft. Elisabeth went on to teach art at the University of Chicago from 1943 until 1950. Especially well-known for her animal figures, she had also created some wooden bird and squirrel sculptures that were located on the Wooded Island in Jackson Park, but these no longer exist. Elisabeth Haseltine Hibbard modeled the Wallach Fountain’s fawn after a doe that she had seen at the Lincoln Park Zoo. An exact replica of her Wallach fawn sculpture sits in the Memorial Cemetery in Davenport, Iowa. 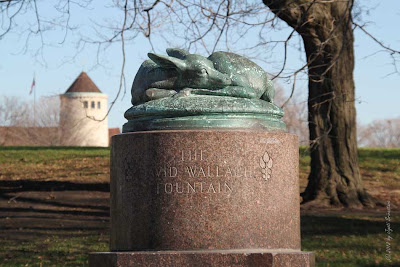 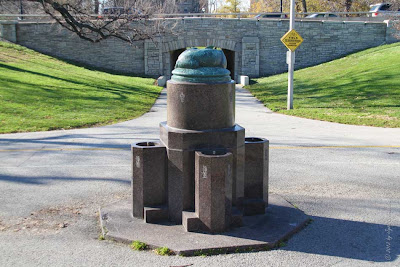 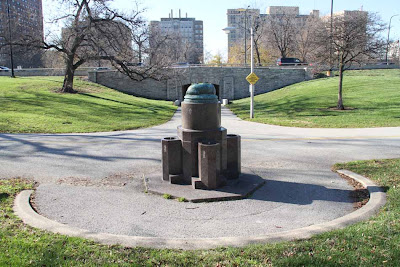 The fountain is located  just
east  of the underpass leading to the Promontory Point.. 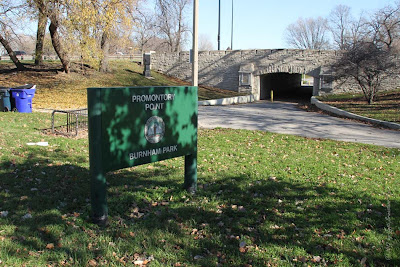 Promontory Point is a manmade peninsula jutting into the Lake Michigan. It's part of Chicago's Burnham Park. The Point was constructed from landfill and by the late 1930s was protected by a seawall or revetment. 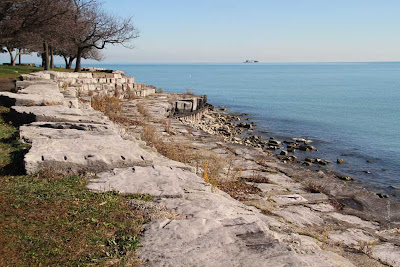 Wikipedia informs.. click here..
Located on  Chaicago Park District land at 55th Street in Chicago's south side  Hyde Park neighborhood, it was opened to the public in 1937.  Alfred Caldwell, a disciple of  Jens Jensen  designed the landscaping, following the  Prairie School  which uses native plants and stone. Caldwell's design featured a raised "meadow" section in the center of the 12-acre  peninsula and included hundreds of flowering trees and shrubs. In 1938, Caldwell created stone sitting rings - called "council rings" - around the lakefront edge, which today are used as fire pits. Few of Caldwell's original plantings remain today. 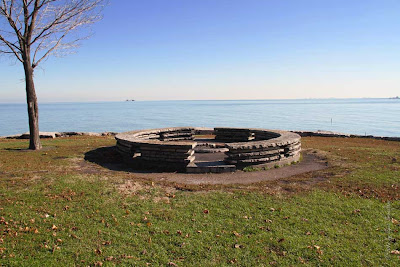 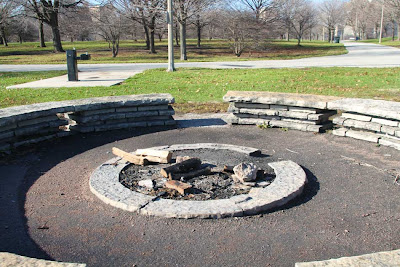 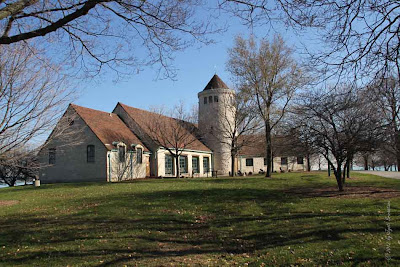 Promontory Point Field House
The park contains a field house, built in 1937,
the exterior of which is made of  Lannon Stone from Wisconsin.. 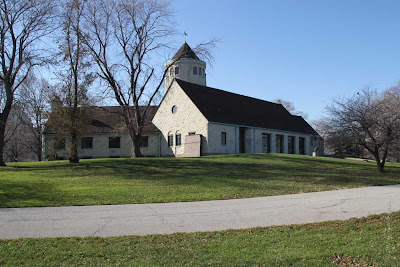 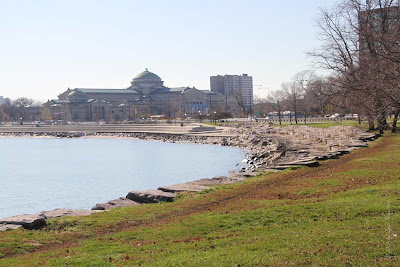 Museum of Science and Industry viewed from the Promontory Point. 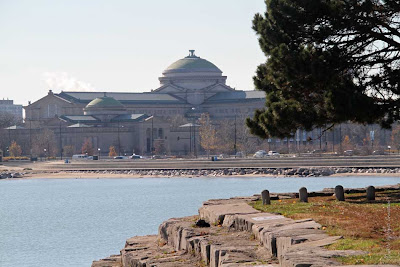 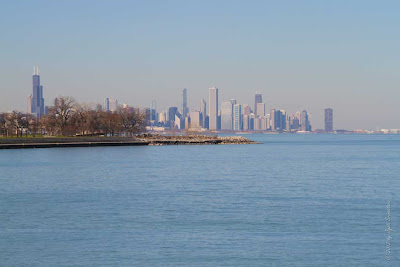 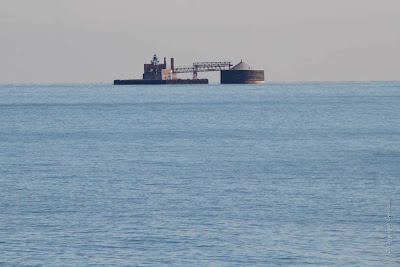 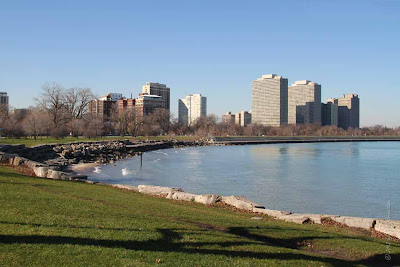 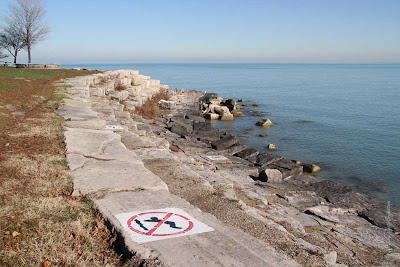 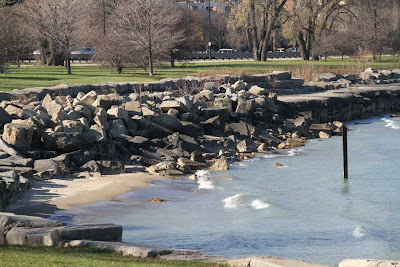