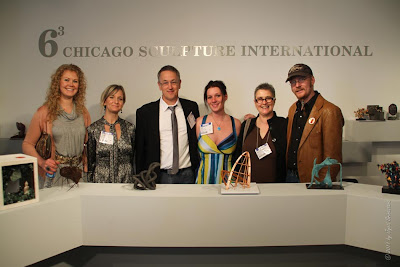 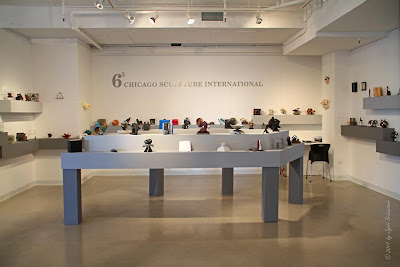 Exhibit "Six to the Third", by CSI, at Booth #167..
Art Chicago, 2011
CSI stands for Chicago Sculpture International, a non-profit organization, an affiliate of International Sculpture Center.

The CSI, has been associated with Art Chicago, for much more than a gallery for five days of Artropolis extravaganza. They began much earlier and with "Avenue of Sculpture" outdoor exhibit, which will stay on site for about six months.. 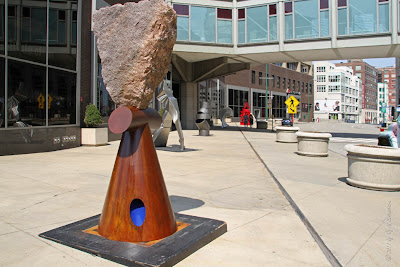 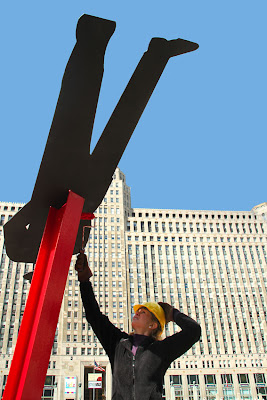 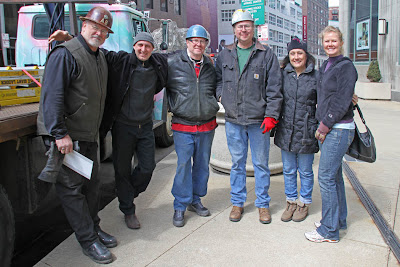 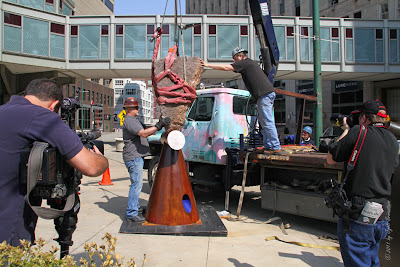 Talk about team-work! Everyone was helping each-other. But three names need special mention, Ron Gard, Ted Garner, and Terrence Karpowicz, who were there for most of the installations, almost all of them. 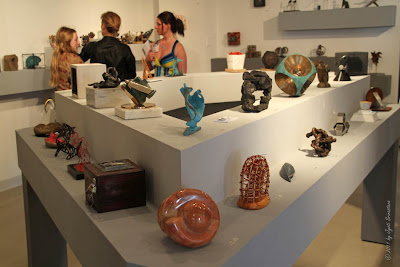 Exhibit "Six to the Third"..
The idea was that each sculpture fits in a 6"x6"x6" box. More than 80 sculptors participated in the show. What I found very interesting was that each of these pieces was like table-top piece, with the potential of large-scale sculpture. 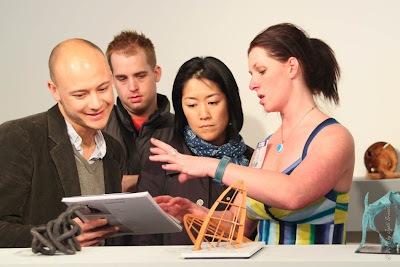 Betsey Lipp, helping visitors and clients at the CSI booth.. 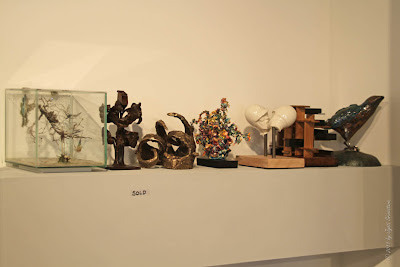 Many pieces were sold.. 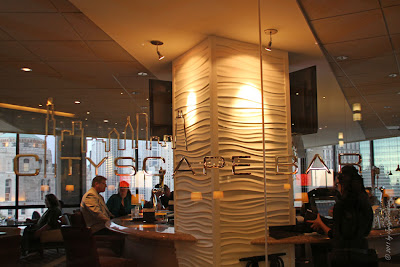 After all the hard work, there was time to celebrate. the wrap-up party was at Cityscape Bar, Holiday Inn, just west of Merchandise Mart.. 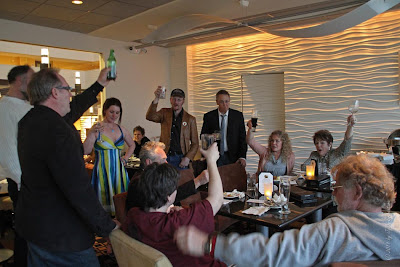 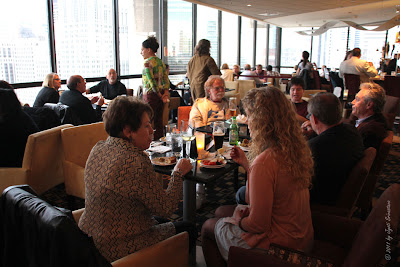 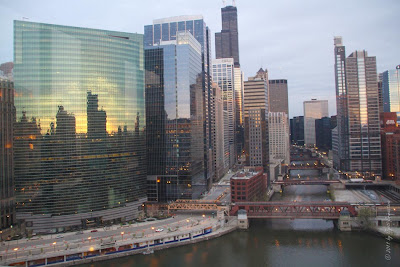 It's been said that any bettor needs to look at this,

Watch this or quit betting on sports...