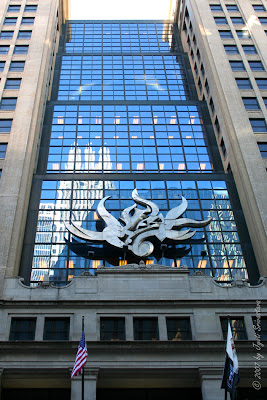 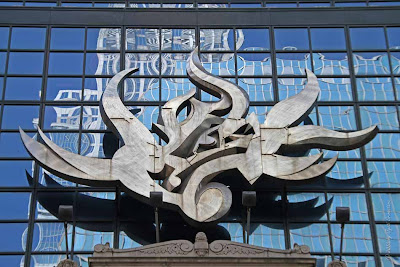 The sculpture that adorns the exterior of the State of Illinois Building appears deceptively small in relation to the scale of the building. However, Freeform is actually two-and-a-half stories high and weighs three tons. The sculpture derives its title from one of Richard Hunt’s central ideas about the nature of abstract art—which is that it is freely formed. Whether made of bronze or steel, Hunt’s biomorphic forms often look as though they have been composed in an environment of low gravity. Animated by a series of curvilinear forms evocative of an active flame, Freeform, like other Hunt sculptures, seems capable of performing an infinite number of gestures, hinting at endless possibilities for its ultimate form. 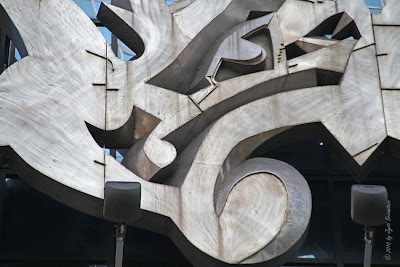 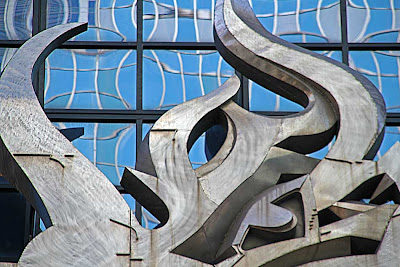 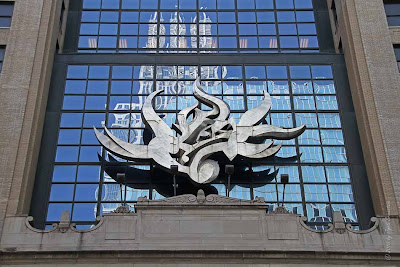