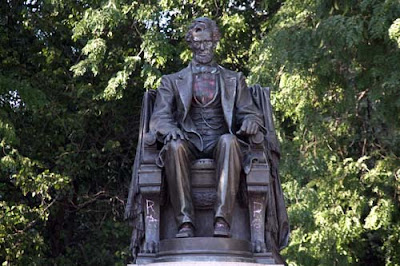 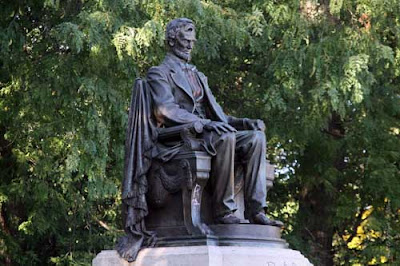 Although Saint-Gaudens "Standing Lincoln".. in the Lincoln Park ... [click here] ... is often considered superior to this sculpture, the artist worked laboriously to have the "Seated Lincoln" evoke the sense of loneliness that burdened Lincoln at the time of the Civil War. It was cast in 1908. However the monument was not installed in 1926. In the interim period, the Seated Lincoln was displayed at the New York Metropolitan Museum of Art and the 1915 San Francisco Exposition. Finally, in 1926, the South Park Commissioners installed the bronze figure and its enormous 150-foot wide marble setting, known as an exedra, by architect Stanford White. 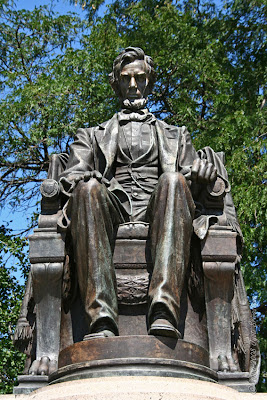 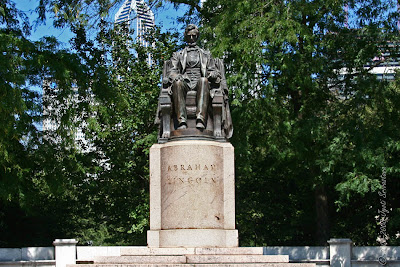 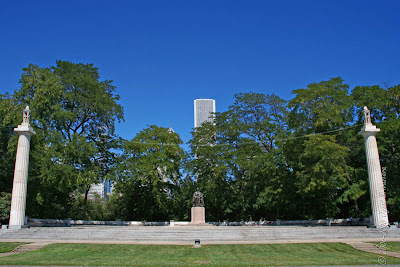 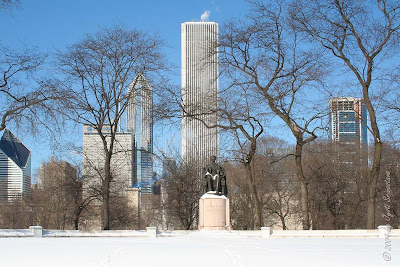 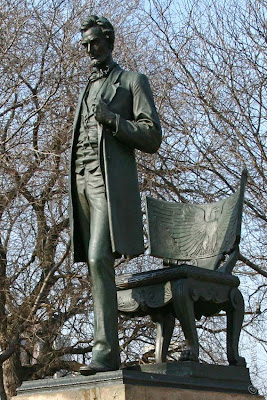 For more on Public Art in the Grant Park ... click here..