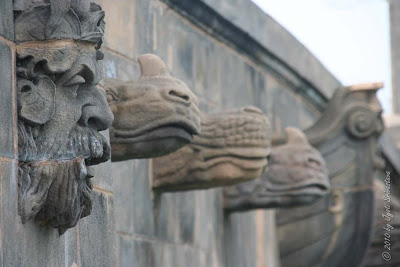 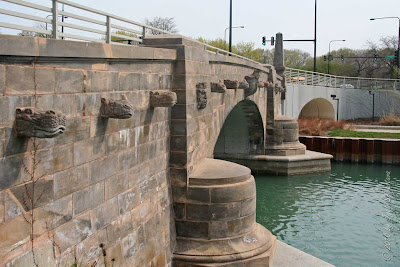 Animal Bridge..
Jackson Park, connecting the Jackson Park Inner and Outer Harbors..
Planned by Peter J. Weber in 1903
Completed by Thomas E Hill in 1904/05...
Reopened in May, 2003 and rededicated in September, 2003..
The bridge spans 40 foot in the form of an elliptical arch, made of reinforced concrete, over which, there is granite and sandstone.. Sculptured hippopotamus heads, water deities and prows of boats adorn the sides of the bridge, reflecting the wind and water themes that were integral to Olmsted's vision of the south park system.. 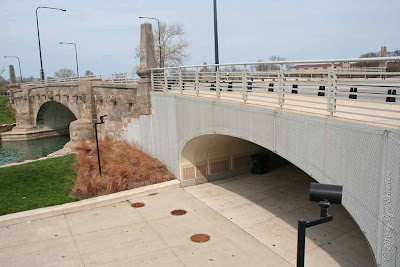 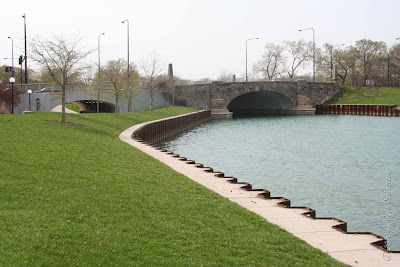 The sidewalks on the bridge has replaced the earlier pedestrian bridge... 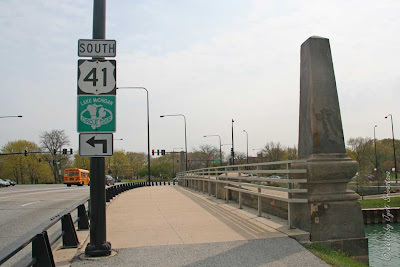 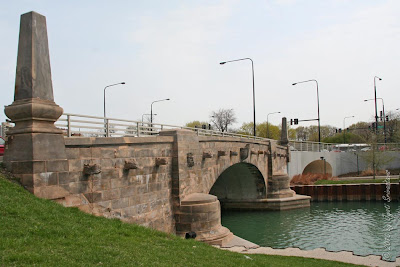 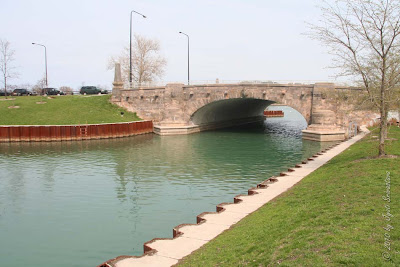 Frederick Law Olmsted .. is called the Father of American landscape architecture.. In Chicago his projects include the Marquette Park, Jackson Park, Washington Park, the Midway Plaisance for the 1893 World's Columbian Exposition, the south portion of Chicago's "'emerald necklace'" boulevard ring, and the University of Chicago campus...
In Washington, D.C. he worked on the landscape surrounding the United States Capitol building.
Posted by Jyoti at Tuesday, April 13, 2010