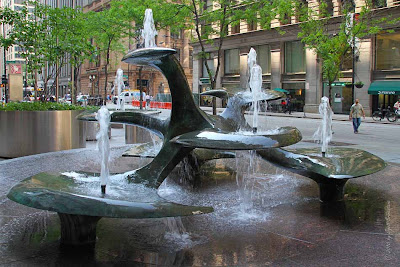 Harris Bank Fountain..
By Russell Secrest../1935
The fountain sculpture was commissioned by Harris Bank for its plaza at Monroe and LaSalle streets.
Seven jets of water splash from and through the seven blue-green bronze pedestrals that make up for this fountain sculpture.. The interconnected petallike arms extend 6 1/2 feet in height and the water flows into a massive granite basin that is 22 feet in diameter..
# Harris Bank Fountain.. 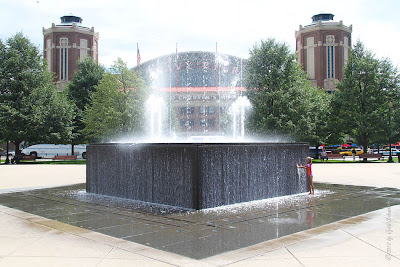 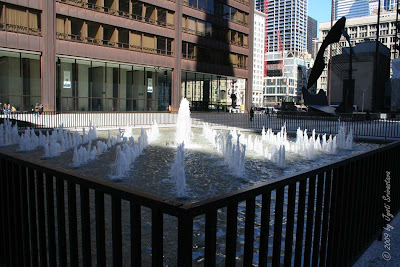 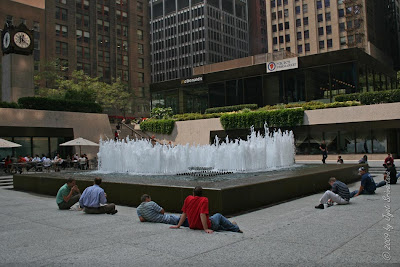 Exelon Plaza Fountain..
The fountain in the plaza is formed by nine square tubes of water rising to varying heights [similar to the Sears Tower].
# For more, click here.. 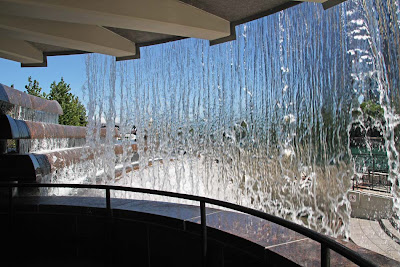 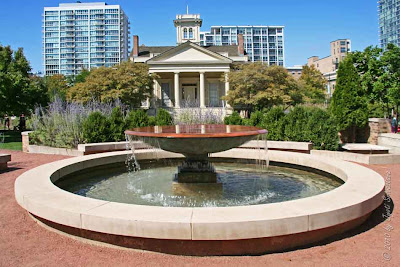 Fountain at the Chicago Women's Park and Gardens..
Address; 1800 West Prairie Avenue ..
Opened: 2000
Designed by Chicago landscape architect Mimi McKay
This 4-acre park park was created to pay tribute to important women in the history of Chicago. The beautiful building in the background is the Clarks House, considered the oldest surviving domestic structure in Chicago.. 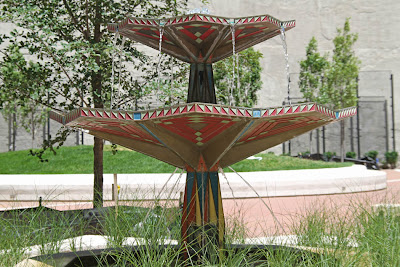 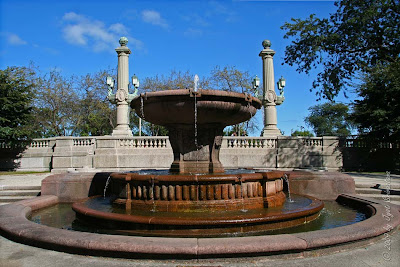