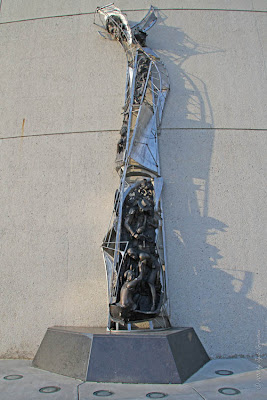 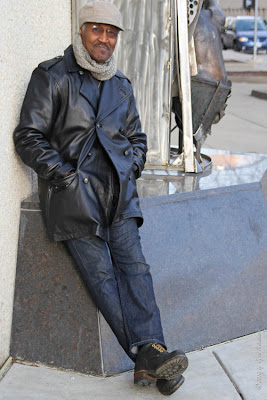 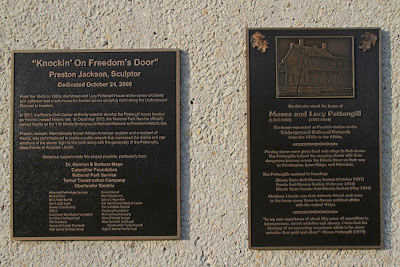 Knockin' On Freedom's Door..
by Preston Jackson..
Dedicated October 24, 2008..
Location: corner of Liberty Street and Jefferson Avenue
Outside of Peoria Civic Center..
The sculpture honors Peoria's role in the historic Underground Railroad movement. It commemorate the historic Pettengill Home Site, the home of Moses and Lucy Pettengill. This site is historically significant because the Pettengill’s were active in the anti-slavery movement and provided assistance to those seeking freedom on the Underground Railroad. 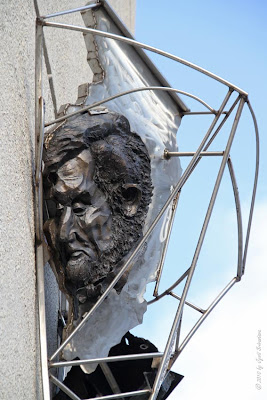 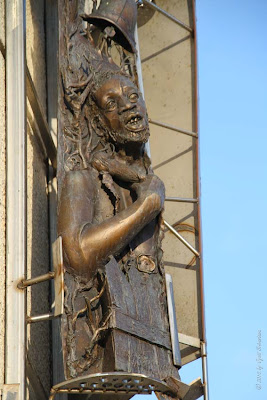 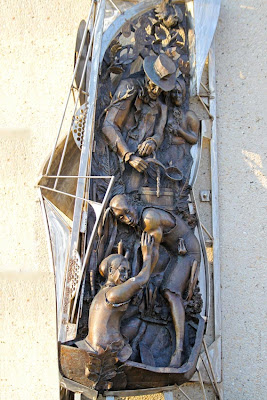 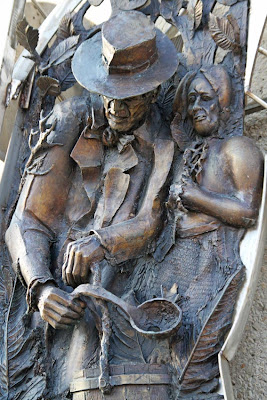 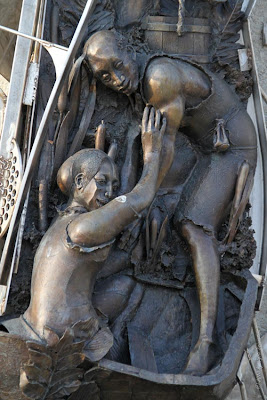 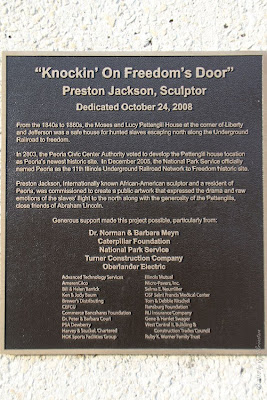 Knocking on Freedom's Door..
From the 1840s to 1860s, the Moses and Lucy Pettengill House at the corner of Liberty and Jefferson was a safe house for hunted slaves escaping north along the Underground Railroad to freedom.
In 2003, the Peoria Civic Center Authority voted to develop the Pettengill housing location as Peoria's newest historic site. In Dec 2005, the National Park Service officially named Peoria as the 11th Illinois Underground Railway Network to Freedom Historic Site.
Preston Jackson, internationally known African American sculptor and a resident of Peoria, was commissioned to create a public artwork that expressed the drama and raw emotions of slaves flight to north along with the generosity of Pettengills, close friends of Abraham Lincoln. 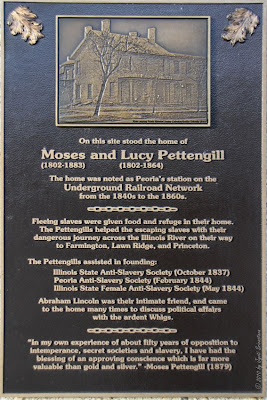 "In my own experience of about fifty years of opposition to intemperance, Secret Societies, and slavery, I have had the blessing of an approving conscience which is far more valuable than gold and silver."
- Moses Pettengill [1879]
Posted by Jyoti at Monday, January 10, 2011

Very moving. I can
almost hear their pain.