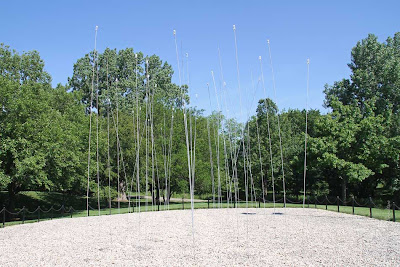 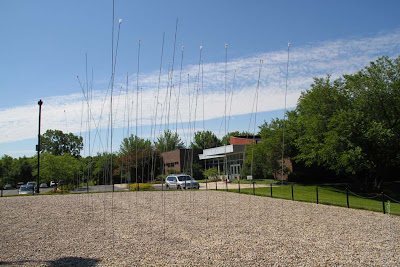 Fiber Wave
by Makoto Sei Watanabe [Tokyo, Japan]
1998
"Fiber Wave", with the Prarie Center of Arts in the background...

Fiber Wave," is comprised of 50 carbon rods, each 4.5 meters high. It represents nature's gentle beauty as it sways in the wind like a field of prairie grass. At the tip of each rod is a computer chip containing a solar battery and diode which emits a blue light. As the rods gently sway in the night breezes, they emulate fireflies, with twinkling lights that also suggest stars in the heavens 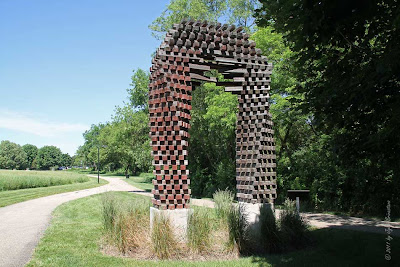 Together
by Jerzy S. Kenar [Chicago, Illinois]
1997  / Cedar
"Together" is the gateway to the International Sculpture Park.
The arch is comprised of two different colors of cedar. 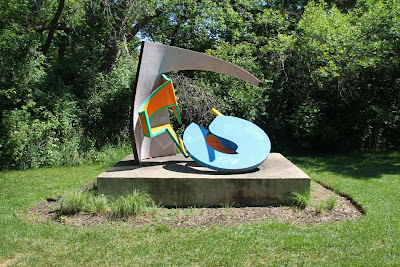 The Diver
by Jerry Pear [Chicago, Illinois]
1989 / aluminum, and painted in polychrome. 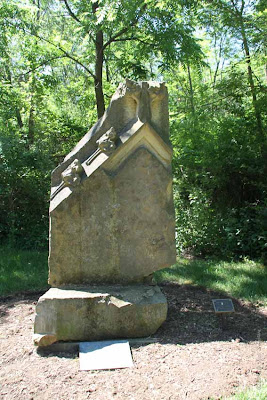 Gothic
by Klaus Vieregge [Obernkirchern, Germany]
1997 /stone
The sculpture is made from finely chiseled stone quarried from the Obernkirchern region in Schaumburg, Germany, and weighs more than two tons. 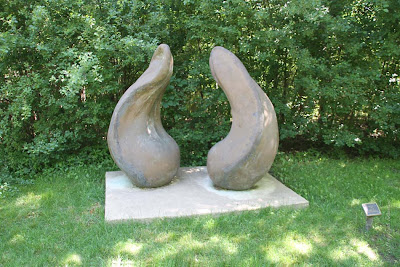 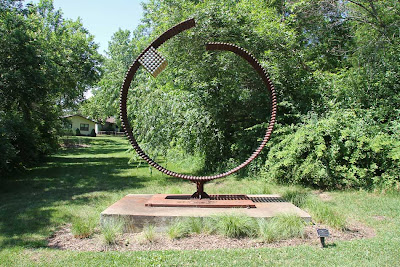 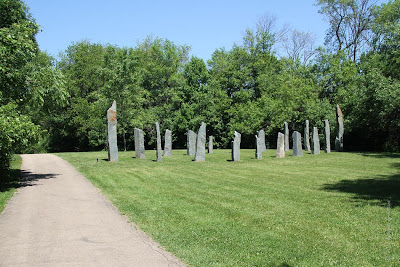 Vineland
by Jarle Rosseland [Oslo, Norway]
1999
"Vineland" commemorates the 1,000-year anniversary of the Viking explorer, Leif Eiriksson and his discovery of the Americas in the year 1001 AD. Fifteen giant stones in varying heights, from 6 to 15 feet, are arranged in the outline of a Viking ship with cryptic signs and the position of the stars and planets in the years 1,000,2,000, and 3,000 AD highlighted in gold leaf. 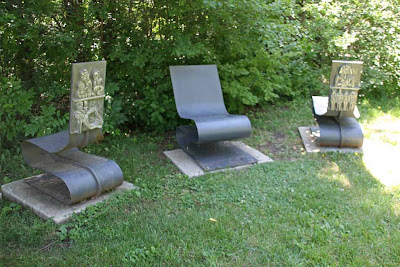 Chairs
by Argyro Konstantinido  [Athens, Greece]
The work is constructed of steel with silver and aluminum plaques. The artist demonstrates that ancient civilizations exercise a peculiar attraction to modern humanity. 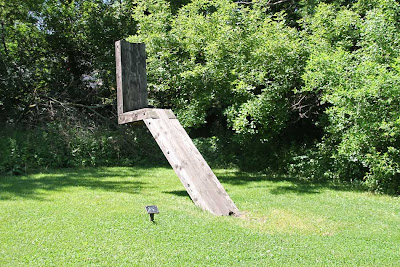 Athys III
by Charles de Montaig  [Laconnex, Switzerland]
1997 /Cedar
Evoking images of a lightning bolt that hit the earth and remained embedded in the ground, the 15-foot high "Athys III" was sculpted from cedar. The sculpture is strongly poetic, geometric, minimal and representative of today's contemporary art in Switzerland. 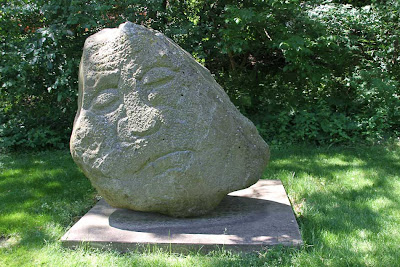 Skulaskeid
by Pall Gudmundsson [ Iceland]
2000
The eight-ton gigantic 6-foot head resembles an ancient face from Norse mythology. Quarried at the artist's studio at Husafell valley en Western Iceland, the name of the sculpture cones from an old legend of an outlaw, Skuli, who escaped his enemies riding the good horse "Sorli" over the rough trail of Kaldidalur, from Pingvellir to Husafell, where the horse died from exhaustion. The Icelandic poet, Grimur Thomsen (1820-1896) wrote about this epic tale from Viking times. 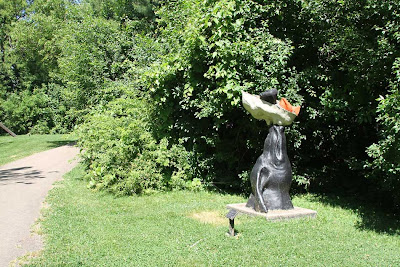 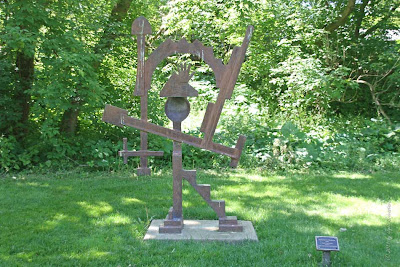 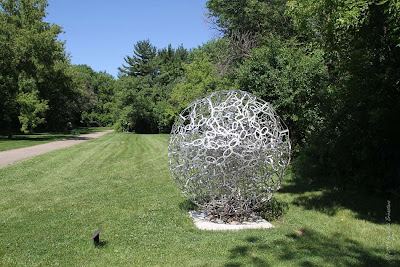 Thought-Rise in Vacuum
by Hans-Christian Berg [Finland]
2001 / steel and a metallic sphere, welded together .. 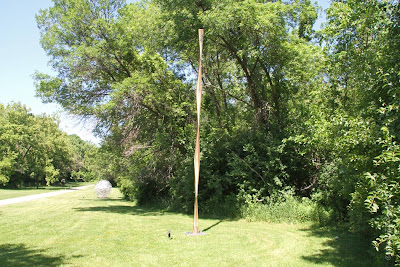